Wow, how do you write a review for this place? So many contradictions. It’s a real “love/hate” at this campground. 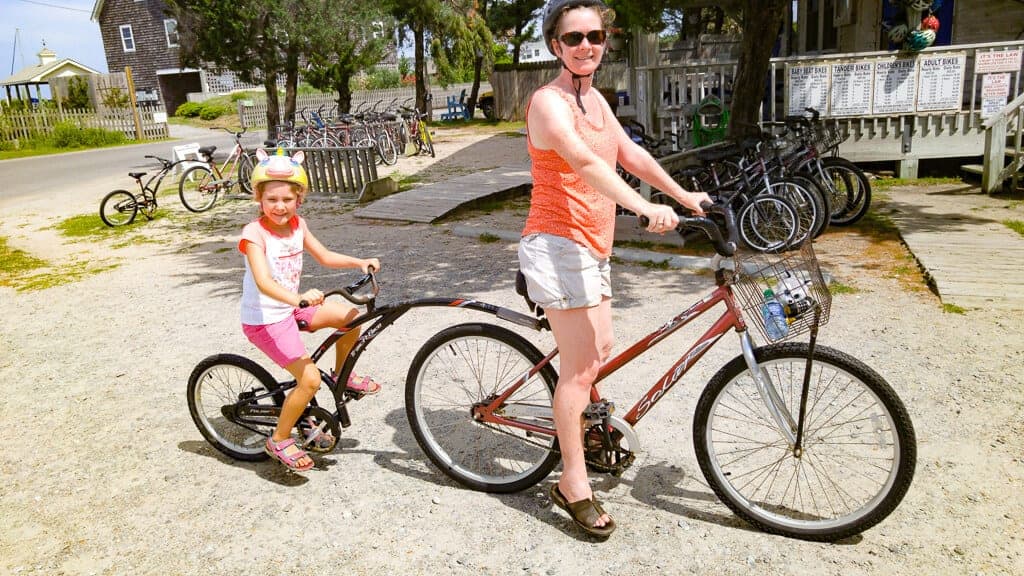 For location, Hatteras Sands cannot be beaten. Far removed from the “hustle” of Kitty Hawk and Nags Head, Hatteras is a quiet fisherman’s paradise. It’s the last stop before the ferry to Ocracoke Island, so there is not much traffic, the beaches are pristine and there are no crowds.  We love to crab and even got to try our hand at clam digging in the Sound. What Fun! 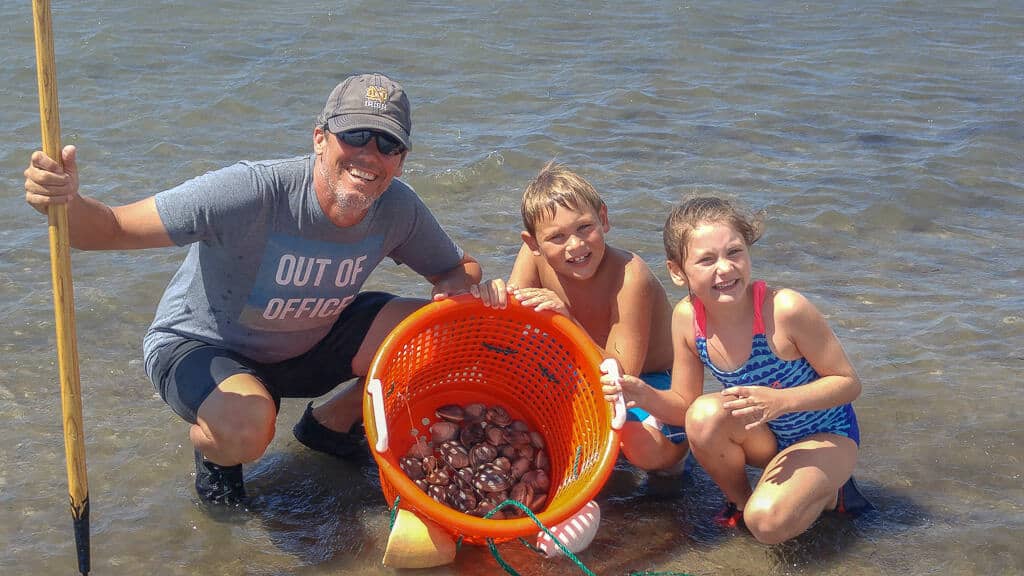 For a campground, Hatteras Sands needs some help. Here is a place that has everything needed to be an awesome park- surrounded by water on nearly every side, huge swimming pool, walkable to town and the beaches, a minute’s drive from the ferry- and yet it seems to fail. Our guess- the owners! Absentee and an “I don’t care about you” attitude towards their guests- this is certainly the reason that Hatteras Sands was the ONLY campground that had availability for the long May weekend. Believe me, I called every campground and park from Kitty Hawk down trying to find availability for the whole month of May. Hatteras Sands was the only one that could accommodate! 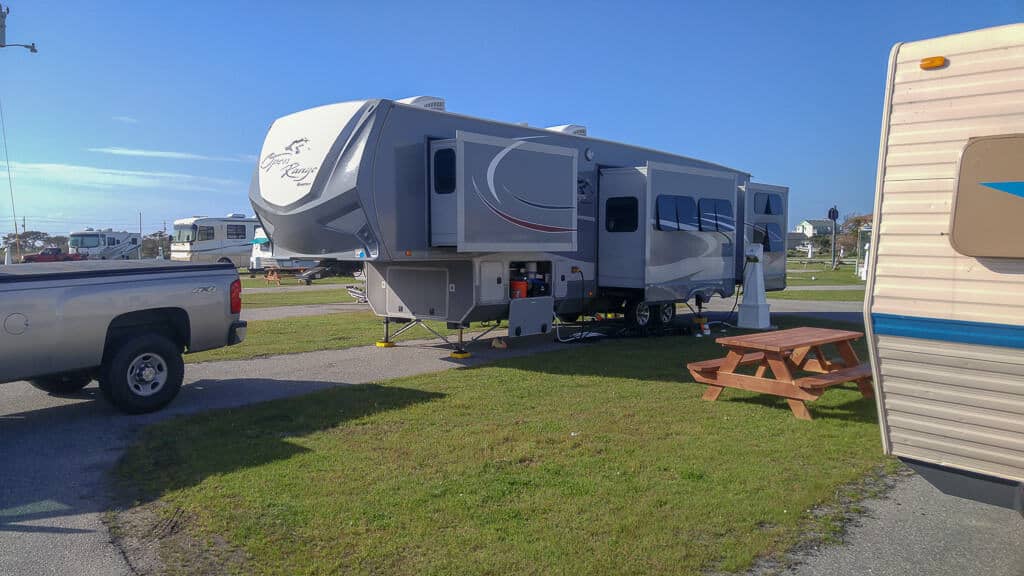 When we pulled in, we were shocked by the state of disrepair of this place. Apparently, the park had suffered badly during last Octobers hurricane- but it looked like very little had been done to repair and refurbish the park. The place was EMPTY. There were maybe 10 or so rv’s all together which was why we were so surprised when we were crammed right in between 2 of them. We were greeted by 2 of the work campers- all of whom were fantastic. We asked why we had been put in crowded conditions- we were told that the owners insist that monthly’s all go into one row of spots. Please remember- this place had DOZENs of empty spots. The excuse was that they are the only spots that have meters for electricity. What a crock. We offered to happily come to an agreement on power, but the answer came back that our only option was to take a waterfront spot (MUCH more expensive) and pay by the week! Translation: “We don’t care about you!” As it turns out we were also in the lowest spot in the park and had to deal with flood waters that lasted for days every time it rained- in May- in the Outer Banks! You get the picture. 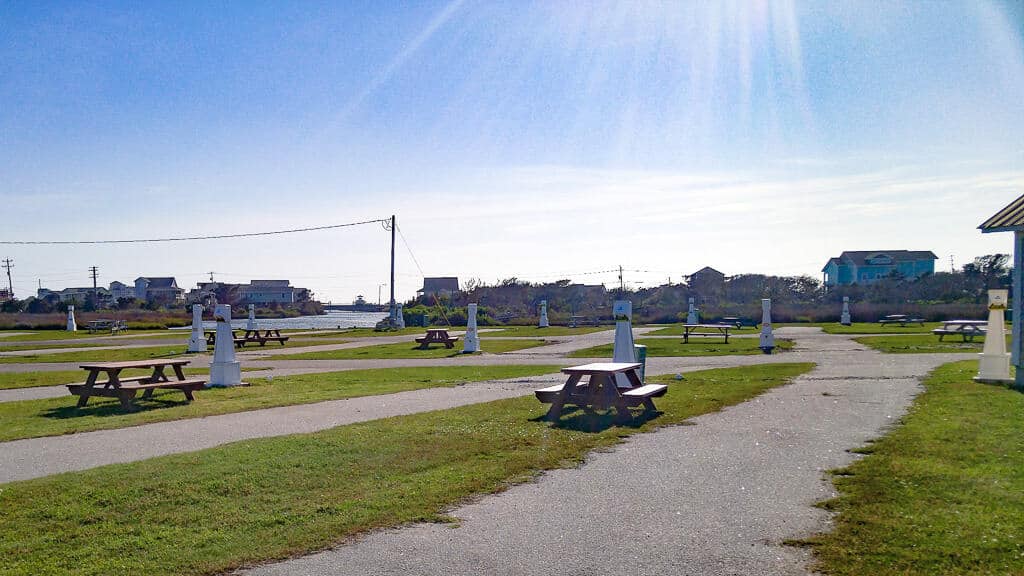 We watched over the next few weeks as these really hard working employees busted their backsides to get this place in order for the holiday weekend. You would think after such a disaster there would have been hired construction crews to fix the place up, but not here. These cheapo’s counted on their staff to do everything- including building new bathrooms! What was obvious was that there was no rhyme or reason to how money was being spent- more contradictions. A huge pool complete with a jacuzzi AND kiddie pool- both of which were broken, closed and no repair being done. When we were leaving, some brand new trailer based cabins were being trucked in. Must have been a pretty large expense- while the badly damaged sea walls sat in disrepair. All around the perimeter along the sea walls, there are ditches, holes, crumbled concrete, etc.- simply a lawsuit waiting to happen. But were there a few truckloads of fill dirt to make them safe- NO WAY! The translation: “We don’t care about your safety. We will spend money on pretty things to photograph and get you to spend money.” A new pool fence going in around a Chattahoochee pool desk that desperately needs re-sealing. Asphalt roads that are being patched with stone- so quickly returning to gravel. Grass is completely overtaken by weeds that produce a blanket of burrs. Our poor dog had to have burrs pulled from her paws after every walk.

The pool, which is advertised heavily on the website-was not opened when we got there. The awesome staff got it opened a bit early so our kids were able to enjoy it. But don’t be fooled- it’s pretty much Memorial thru Labor for that. 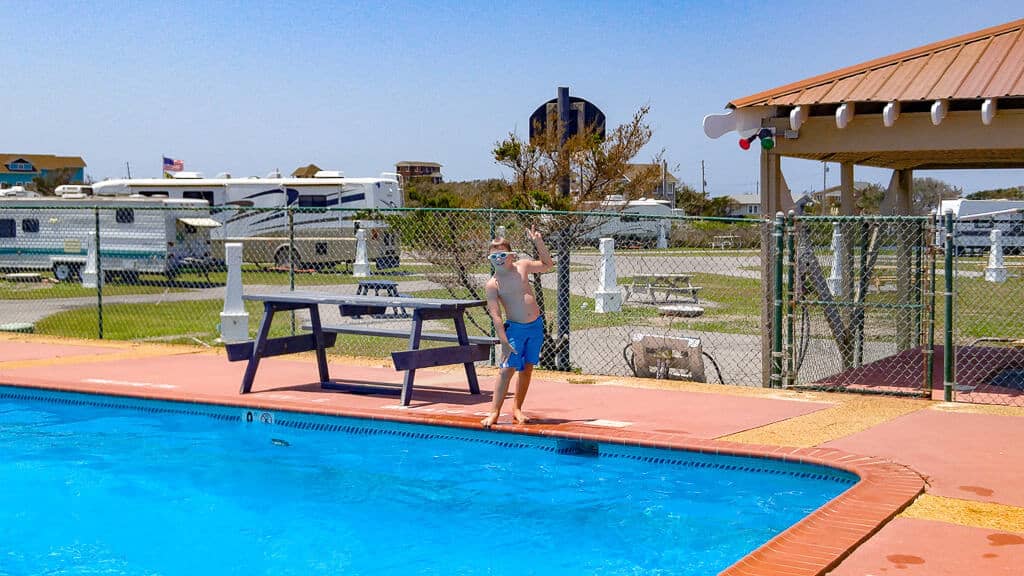 The worst broken promise from the website is that there is a laundry. As of the end of May 2017- THERE IS NO LAUNDRY!!! There has not been a laundry since last October, but don’t worry- Lowes will have the machines here…any…day…hold…your…breath. There IS a coin laundry at the local marina- 2 of each machine- for the whole town- one is broken- you get the idea.

Anyway, as I said, so many contradictions. I think at the end of the day you have to be some kind of dense to have a park with this much potential and still disappoint.

Hi and Welcome to our blog! We are Frank, Gráinne, Conor and Áine- the Roving Foleys. We have been full time RV living and working from the road since 2015